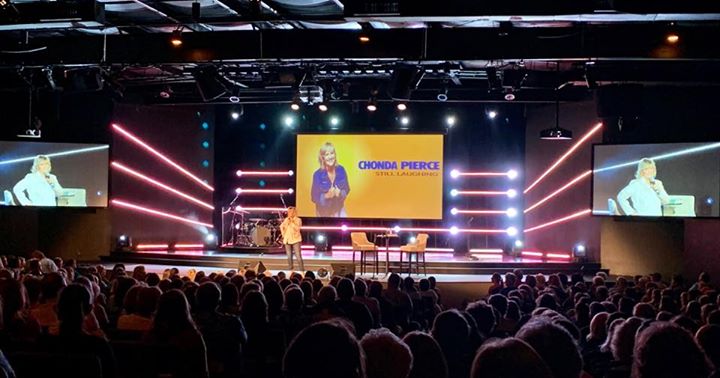 Emmy® -nominated and best-selling comedian Chonda Pierce will bring her Christian comedy to thousands at the Hickory Metro Center Saturday, September 21, 2019, beginning at 7:00 p.m. A stand-up comedian, television hostess, author and now actress, Pierce has channeled her life experiences into positivity, bringing laughter to audiences around the country. As the RIAA’s best-selling female comedian, her hilarious take on life is easily relatable as she publicly opens up to her listeners about times of darkness and depression in her own life, drawing humor and good from every situation. In October 2015, Pierce took her humor to the big screen with her first film “Chonda Pierce: Laughing In The Dark,” based on her personal struggle to overcome depression. She remarkably makes her way through the adversity, heart-wrenching loss and her own depression with the gift of humor!

Family Guidance Center needs your help to raise much-needed funds to ensure that anyone in need has access to quality professional services. Your investment will transform lives, give HOPE, and promote the stability of families. You will be keeping women and children fleeing the horror of domestic violence safe in our Shelter for Battered Women. You will be preventing the suicide of a teenager who feels hopeless through our counseling services – you will be helping to save lives.