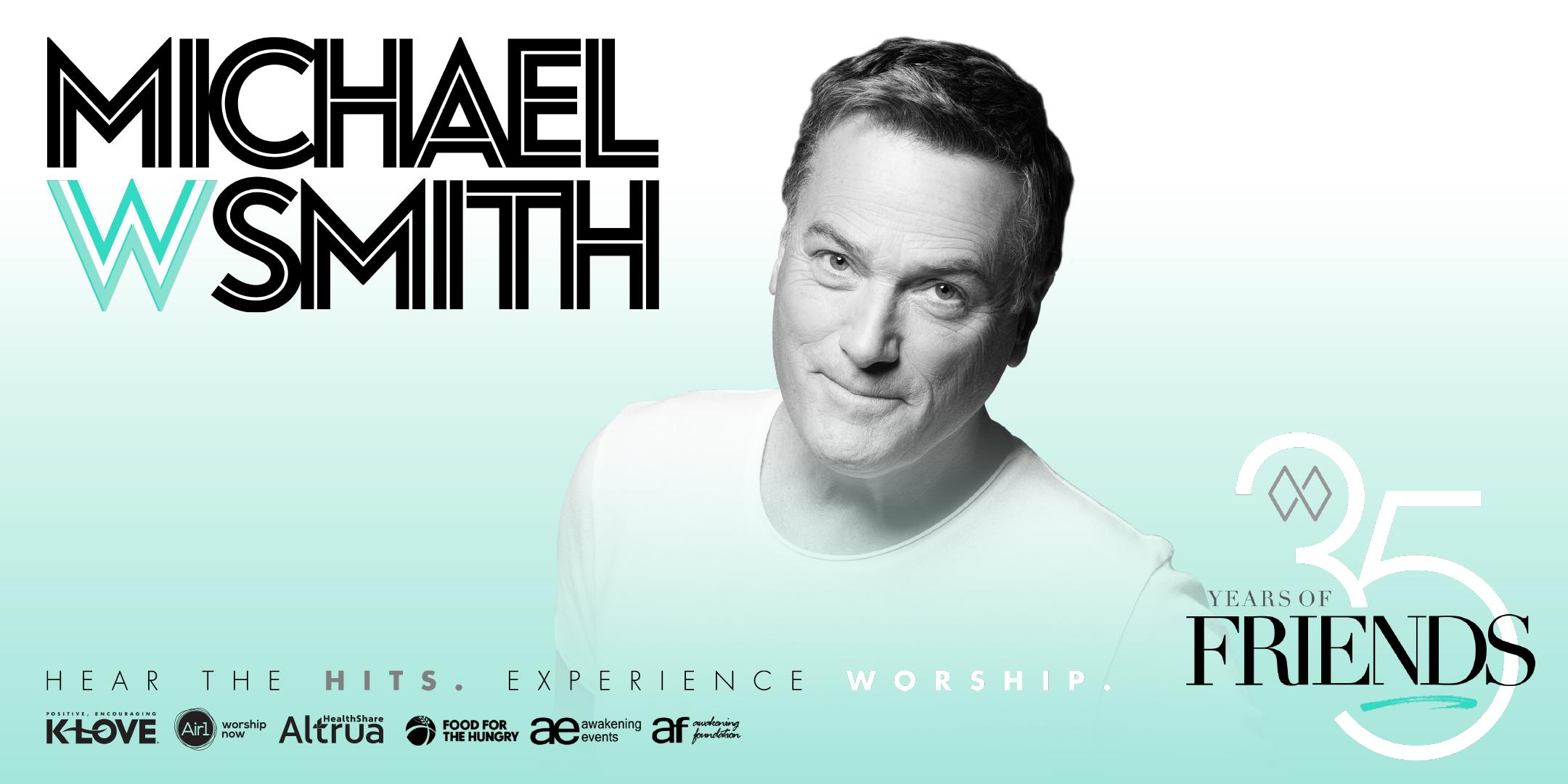 Multi-Platinum artist, best-selling author and acclaimed actor Michael W. Smith continues to live out his dream; he releases new music regularly and performs around the world to sold-out crowds of loyal and inspired fans. During Michael’s storied career, he’s not only been honored with three Grammy Awards, 45 Dove Awards, an American Music Award and has sold more than 15 million albums, he’s also given back to the global community. Michael has raised funds to battle AIDS in Africa alongside longtime friend Bono, started Rocketown, a safe haven for young people in Tennessee to meet and find hope, and has helped more than 70,000 children’s lives through Compassion International.

Taking the new music and fan favorites from his extensive repertoire on the road, Michael embarks on his “Surrounded By A Million Lights World Tour” March 2017. And along with the tour, more adventurous projects are in the works for Smith. Even as A Million Lights and Surrounded sparked to life, Smith is diving into other projects, each one enhancing the others in ways he never experienced before. From mapping out a memoir of lessons learned from his father to completing a symphonic composition, he’s realizing a wide range of ambitions and senses a convergence of all he’s done and has yet to do.

“For me, though, music is always my first creative outlet,” he clarifies. “Forever, until the world ends, music is the most powerful language there is. It can transform your life on every level, not just the spiritual. It can help people reconnect with why they’re here. That’s what I’m doing with A Million Lights and Surrounded.”